What if I told you by putting your pursuit out in the Universe you are more likely to reach your destination or goals than if you kept it to yourself?

Now, I don’t have any scientific data to back this up, but I have numerous real life experiences, both personally and through others, to convince me that I am more likely to reach my goals by sharing them with others–I rarely keep a goal or important aspiration to myself. I need it out in the universe so it can manifest itself.

Let’s talk a little more about this…

My Notes For The Episode

I don’t usually “script” as much as I did for this episode, but as I began to write out my thoughts I couldn’t stop writing. I ultimately decided it could have been a blog post and maybe someone would rather read it. So, don’t get use to having a written version of every episode 😀 I didn’t edit this–just copied and pasted it from Notion–so please excuse the errors.

You’ll have to excuse my voice. It’s spring time, which means allergies are kicking up and this is the result of a full day of talking…

I came into this evening’s recording feeling confident I had a great subject planned out—earlier this week an idea came to me in the middle of the night. I confidently scribbled in a notebook next to my bed just enough to remember what I wanted to talk about.

Well, I’m still not fully sure—I’ve got to make sure I do a better job of taking notes in the middle of the night going forward.

As I struggled to remember exactly what I was thinking, a idea along a similar thread came to me. I think it’s connected to the doors and I’ll eventually get there.

As we continue to discuss our pursuit—the pursuit of happiness, of purpose, of the next phase of life, whatever it is you might be pursuing I want to discuss the power of putting your wishes out into the universe to manifest themselves.

What do I mean by this?

There are many ways…

1.) write it down—your eyes only. But what fun is that?

You have to do more than just think it—-there’s something about saying or writing it down.

A real life example—I may have shared in a past episode—I can’t remember since most of these episodes I’m just sitting down and hitting record. I love this story…

Last year my wife found a piece of paper she had written goals down on in 2019. Part of the key to this story is she FOUND the piece of paper—meaning it was “lost”, forgotten about, and not something she looked at every day as a reminder. As she reviewed her goals, every single one of them had come true, even though she wasn’t intentionally focused on them. Some of these goals, like revenue goal for her business, were out of her control and yet she still reached them. Now obviously, writing them down—that action in itself did not make them come true—but she never would have reached them if she didn’t write them down. A goal cannot be reached—-your pursuit cannot be successful if the destination is not documented somewhere.

Another benefit of sharing your goals is the ability of others to help you. If you never share where you want to go how can anyone make an introduction, an investment, or offer support to help you on your pursuit? If they don’t know, they can’t help.

I have a good friend, Nyle Bayer who is ridiculously talented when it comes to many things—but his passion is music. He’s in finance but I know his first and true love is music. The intro music to this podcast and many of my videos is his work—I love it. In an effort to help him pursue his passion and find a new source of purpose and happiness, I put it out in the universe that I wanted him to make an album—a special vinyl record of his beats. I even shared it on Twitter in an effort to build up an audience who would also want to support him and have a copy of his album. It’s looking like this album might just happen—I’m going to do my part to make sure it does.

The point of this story is the album would not even be a possibility, if Nyle hadn’t shared with me his passion for music and then actually shared some of his work with me and his Twitter audience. He started to share it with the world and I believe it will manifest itself in to the album he always wished he could release. And I’ll let you in on a little secret…sharing his story is another attempt at putting the destination out for the universe to help it manifest itself.

Ok, before you think I’ve gone crazy—I’ll give you one more example and then I’ll wrap up this week’s episode with something important to remember. My final example is RLS Wealth. I started talking about having an independent firm and possibly owning my own firm years before I launched it. I told my peers at work. I even told my clients so they knew were I would be heading and they could choose to jump off the train if that wasn’t where they wanted to head. When I started to share my vision, which I still do with clients today, I initially did it to create a source of accountability.

If I told people I was going to do something, I’d have to do it—or at least explore it as far as possible before making a final decision that it wasn’t right. I love “building in public” sharing my goal and progress because it puts a little extra pressure on me, which is usually enough to keep me going when I get tested—it’s never easy and I believe the challenges are God’s way of testing how bad I want my goal.

The story of RLS Wealth leads me to a couple of final thoughts….

Just because you put your pursuit and your goals out there does not automatically guarantee you will end up exactly where you want and it certainly does not guarantee it will happen over night.

Your pursuit will most likely:

Not happen on your timeline

Will lead you to where you are supposed to be, which might be a slight variation of where you thought you were going.

Sometimes, it will be with 20/20 hindsight that allows you to see that you reached your goal and that what you wanted most manifested itself because you put it out there for the universe to bring it to you.

I rarely ask for anything from you…but this week, I want to ask any listeners out there that need to share their goals/dreams/apiration/pursuit to share it with me…send an email to jc @ justincastelli.io. I’ll keep it safe. I won’t share it with anyone, unless it is someone who can assist on your journey, and we can check in with each other in a year to see if it comes true.

Don’t be afraid to be vulnerable. Write down where you’re going. Share it with someone else. Put it out on social media. Set it free so it can grow to be.

Alright…that’s it for this week. As always, thanks for coming back and let’s keep on the pursuit.

The Pursuit–Unexpected Signs And The Importance Of Planning 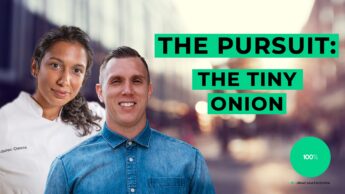 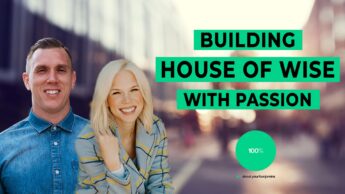 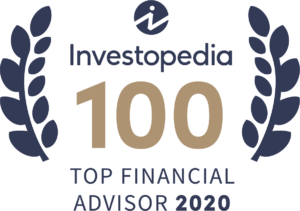