Whether you are a believer in Bitcoin or not, you have to admit that it (and the other cryptocurrencies) has the attention of the people with controlling interests in the current financial system. Within a week we’ve seen China crackdown on cryptocurrencies by reportedly banning cryptocurrency exchanges and new coin offerings, and yesterday Jamie Dimon put Bitcoin on blast at the Delivering Alpha Conference. This is not the first time Dimon has had less than encouraging things to say about Bitcoin, but yesterday’s comments were the most aggressive I’ve read from someone in his position. I jokingly shared my initial reaction on Twitter.

While my tweet was tongue in cheek, I couldn’t help but to think his comments about Bitcoin being a “fraud” and that he would fire any JP Morgan trader trading in the cryptocurrency for being “stupid” seemed a bit immature–something someone who missed out, or didn’t get their way would say. When it comes to Bitcoin and cryptocurrency, I understand the bubble talk; just take a look at the charts of Bitcoin, Ethereum and Litecoin over the last twelve months (see below). I get the tech bubble comparisons, and I can see a crash in the space eliminating the majority of the smaller cryptocurrencies that have been piggybacking the movement—the Pets.com of cryptocurrency. But, when it comes to Bitcoin and Ethereum, there is more to the story than just the currency, and that is why Jamie Dimon, one of the best business men in my short time on this earth, may be wrong on this one.

Or, admittedly I could be wrong.

Only time will tell what the future holds for Bitcoin. Will it revolutionize the financial system, internet and the way we do business like the cryptocurrency enthusiasts believe? Or, will it go the way of the Dutch Tulip Mania of the 1630’s?

I don’t have the answer–no one does; I’m still in the undecided camp—I can see the opportunities, but also remain skeptical. Regardless, there is no question that Bitcoin, cryptocurrencies and the underlying Blockchain technologies have the attention of those who have the most to lose by the disruption it might create, and it is worthy of your attention as well.

WSJ: Jamie Dimon Says Bitcoin Is a Fraud That Will Blow Up

Fortune: Jamie Dimon Think Bitcoin Is a Fraud, But It Can Still Hit $100K 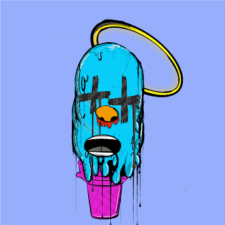