For most retail investors the hype around cryptocurrencies appears to have calmed down, which shouldn’t come as a surprise given how many caught FOMO and bought when Bitcoin was at $19,000. But, the 4th annual Consensus Blockchain Technology Summit, which kicked off Monday, tells a different story. For the individuals working in cryptocurrencies and Blockchain, the excitement hasn’t died down–it’s continuing to grow; organizers of the conference are anticipating over 4,000 attendees from all walks of crypto–startups, investors, financial institutions and more will all be represented at the conference. I wish I could have attended, but instead, I’ll be following along via Twitter.

As I think about the conference and the excitement within the cryptocurrency community, I can’t help but think about those early investors sitting on large profits–large paper profits. We’ve all read the stories about the millionaire high school and college students and have seen the pictures of Lambos purchased with Bitcoin proceeds. A lot of young wealth has been created thanks to the explosion in this new asset class.

At what point do these investors take the opportunity to shift some of their fortunes to more traditional investments?

Selling out of crypto and reinvesting into boring low-cost ETFs is blasphemy for most early investors; many initially invested in cryptocurrencies because of a distrust of the current system. Transitioning profits from an ecosystem in alignment with their beliefs (and has been so good to them) to the current system they do not trust is probably not an easy thing to do.

But, it’s the smart thing to do. Having a large concentration of your wealth in one asset class is a risky proposition, no matter how much you believe in it.

Enron Corporation WAS an energy, commodity, and services company; in the mid 90’s and early 2000’s, it grew to become one of the world’s largest and most respected companies. In 1995, Enron was named “Most Innovative Company” by Fortune Magazine; it would hold this title for six consecutive years. By 2000, Enron’s stock price rose to an all-time high of $90.56; it appeared as Enron could do no wrong.

As the stock price rose, Enron employees saw their net worths rise to levels they could have never dreamt they’d see; most Enron employees had a high concentration of company stock. One of the investment options in the 401(k) was Enron stock, making it easy to leverage their exposure to Enron–salary, benefits, and retirement were all riding on the company.  Enron also provided the 401(k) match in company stock, with the requirement that employees be older than 50 in order to dispose of the stock. But, that wasn’t an issue because the company doing so well and the stock was doing even better–it was hard for employees to see past the wealth they were accumulating and understand the risk they were taking on.

If you don’t already know, I’m sure you can guess how this story turns out.

December 2nd, 2001 Enron filed for bankruptcy after a slew of accounting issues, and it was at that moment those employees with Enron stock understood the risk of holding a highly concentrated position in their retirement accounts. Remember how those shares were trading at all-time highs at $90 months ago, they closed at $0.26 a share.

My stomach just dropped as I wrote that…from $90 to $0.26. $74 billion in shareholder value was lost in a matter of months, and if that wasn’t bad enough, so were the pensions that so many were relying on for retirement (see this article from December 2001 in the Wall Street Journal).

Lives were ruined because one of the founding principles in investing was ignored–don’t put all of your eggs in one basket, aka diversify.

Think that was a long time ago and things have changed… 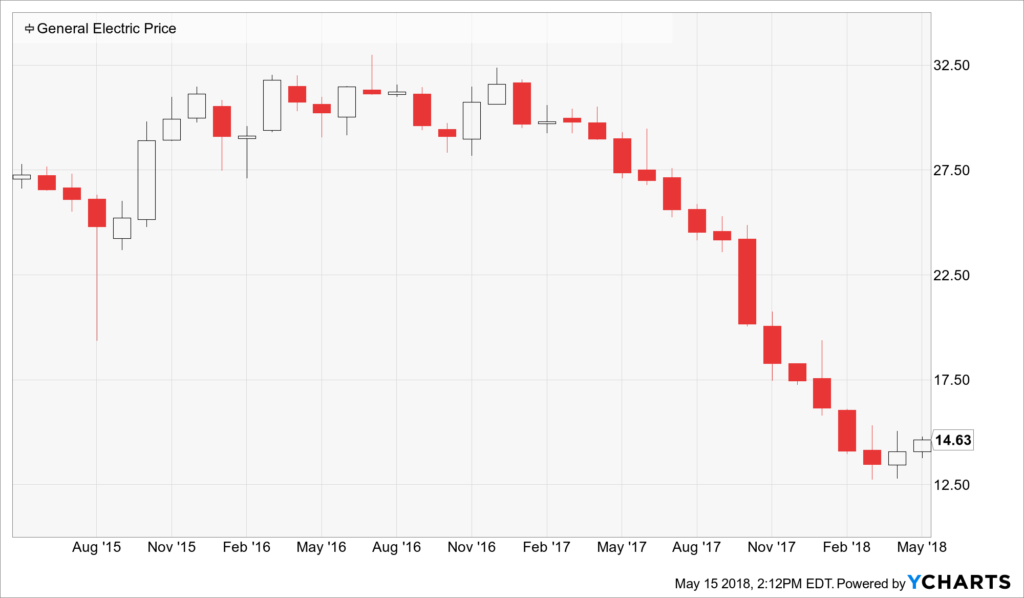 GE was once one of America’s greatest companies. If you don’t follow the stock market closely, you may not be aware of the wealth lost over the last few years by GE investors, which, unfortunately, like Enron, included employees.

Over the last few years, GE’s stock price has been on a downward slide, with no sign of a revival any time soon. Unlike Enron, it wasn’t a scandal that brought on GE’s deterioration. Instead, bad business decisions and investments crumbled a once great company and led to billions of dollars in wealth lost.

As of April 2018, according to The Wall Street Journal, approximately $140 billion in market wealth has evaporated from GE investors, many of whom are employees who owned stock through employee stock purchase plans and 401(k)s. That’s near twice the amount of the Enron disaster.

Early cryptocurrency investors are not much different than Enron and GE employees; they’ve built wealth that could be life-changing, but that wealth is at risk due to it being concentrated to a single asset class. They have a choice: do they ignore the lessons from Enron and GE, or do they begin to diversify to protect their wealth from cryptocurrencies losing their luster?

A plan to diversify your portfolio does not mean you have to exit the cryptocurrency totally; you probably won’t find many financial advisors who will admit this, but I believe in the future of blockchain and cryptocurrency. I think there is tremendous opportunity ahead and wealth will continue to be created over the coming years, but that doesn’t mean you should ignore the risk of concentration.

I also believe in the future of Amazon, Apple, and Alphabet, but I would never put all of my assets in those three stocks.

If you’ve had the fortune of creating wealth via cryptocurrency, there is no shame in shifting some of that wealth to more traditional investments. You don’t have to abandon your beliefs about cryptocurrency and blockchain, but you should look to hedge your bet and diversify.

You don’t need to look at your further than the examples of Enron and GE.

The Wall Street Journal: Retirement Shock: Need to Find A Job After 40 Years At General Electric 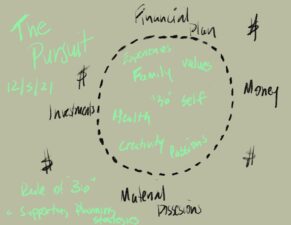 So I Minted My First NFT