Five years ago today my wife and I woke up early in the morning to brave icy roads to make sure we were at IU Health Methodist Hospital in Indianapolis; what should have been a less than 30 minute drive took us well over an hour–we had no choice because Ang had to be checked in at the hospital by 5:30 AM in order to undergo brain surgery later that morning.

That’s right…at thirty-one with two little boys, ages three and one, my wife had brain surgery due to a meningioma, a non-cancerous tumor on the lining of the brain. Fast forward five years, you’d never know she ever had surgery, but in the moment it was a frightening time.

A Lengthy Road To A Diagnosis

For years Ang battled annoying health ailments with no relief; she did vision therapy, who knew there was such a thing, to try and correct a “weird” feeling with her eyes. She visited no less than seven doctors to figure out why she felt pressure in her head, heard a “swooshing” sound in her ear, and had other symptoms that left her frustrated and distraught because she just never felt right. There were many nights that she cried herself to sleep, and I was left feeling hopeless because I couldn’t help her feel better.

Eventually, she met with a doctor who took the time to listen to her and look beyond the standard examinations.  He referred her to a neurologist to have an MRI. I’ll never forget her initial visit to the neurologist; as soon as she got in her car, Ang called me in tears because he told her there was nothing wrong with her and once the MRI came back clean she should look into anti-anxiety medication. She knew something was wrong, despite the neurologist’s doubt.

Within an hour of leaving her MRI appointment, Ang received a call from the neurologist, the same one who was so certain she was making up her ailments, informing her that she did, in fact, have a tumor. All of her symptoms and years of not feeling like herself were caused by a golfball sized meningioma. He assured her that while a serious condition, it did not appear to be a cancerous tumor and her biggest risk at the time was having a seizure due to the pressure on her brain. An anti-seizure prescription was called in, a referral to a neurosurgeon was made, and eventually, January 9th was set as the date for surgery.

There’s more to this story, like finding out the health insurance plan I had chosen from the Healthcare Exchange (it was going to be the first year of the Affordable Care Act) would cover exactly $0 because the hospital best equipped to treat and heal Ang was out of network. We found this out on December 30th…the plan was to take effect on January 1st, but for the sake of getting to the point of this post, I’ll skip those details. We can pick the story up if we ever have a chance to meet in person and you’d like to hear more.

The One Thing Neither Of Us Worried About

Ang was scared she might not make it out of surgery–that was never a possibility in my mind.

I was concerned after surgery my wife would not be the same person she was before; we didn’t spend much time on the internet researching the diagnosis, but I did read a couple of stories about patients experiencing personality changes due to the tumor affecting the area of the brain responsible for personality. I was afraid she’d be a different person post-surgery.

I also feared a dependency on pain medication post surgery.

Fortunately, all of our concerns were for naught and surgery went smoothly. The surgeon, who we later found out is world-renowned, came out over an hour earlier than expected to inform me he was able to remove the entire tumor, it was not cancerous (this was later confirmed by pathology), and that I would be able to go back to recovery to see my wife shortly. All of our concerns and worry could be put to rest; we were on our way back to normalcy.

Interestingly enough, as I look back, we never once were worried about any financial implications of her surgery. And this brings me to the point of this post. While the health-related concerns were to be expected, we never once discussed finances because we were prepared for an emergency, even though we didn’t know if/when one would come. We had an adequate emergency fund. We had a healthcare power of attorneys. We had living wills (although we hoped this would not be needed). And had the outcome been the one no one wants to experience, and I only bring up in the context in talking financial planning, we had the proper insurance.

Don’t Underestimate The Value Of A Financial Plan

A lack of a financial plan would have added additional stress to our family:

Instead, we were able to focus our attention on Ang’s health, staying positive, and making sure Roman and Leo knew their mom was healthy. We were fortunate Ang returned to health quickly, she joined me in CrossFit just eight weeks after surgery, and launched her business, Roman and Leo. There are no lingering effects, and with the exception of a scar hidden by her hair, you’d never know Ang had brain surgery.

During your life you will face adversity.

Having a financial plan might not eliminate all of the stress and pain associated with adversity, it can help eliminate burden and stress in the form of finances. If your financial plan only addresses asset allocation and retirement, it is severely lacking and it won’t protect or prepare your family for when you need it most.

Does your financial plan address the following?

If not, use Ang’s anniversary as the reason to revamp your financial plan. 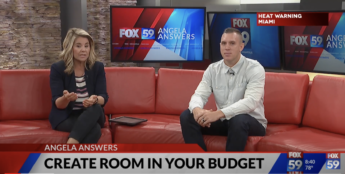 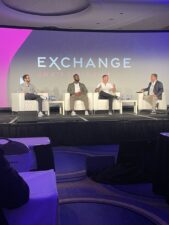