Morgan Housel: Rational vs. Reasonable “My theory is that most investment models maximize for risk-adjusted returns, but in the real world every investor wants to maximize for sleeping well at night and being proud of themselves in a complicated world.”

Brendan Mullooly: The Rashomon Effect: What To Do With Narratives “The truth is that there aren’t definitive explanations for why the stock market does what it does. There never will be. However, human nature doesn’t seem to be compatible with this fact. As long as the human desire for certitude exists, so will the narratives. They scratch an itch, and that certainly has value.”

The Irrelevant Investor: The Hardest Problem In Finance “You should do whatever makes you happy. If living a frugal life that allows you to end the 9-5 grind twenty years early, then by all means do it. But be careful, because the hardest problem in finance is too complicated for simple rules of thumb.”

Pragmatic Capitalism: The Counterproductive Nature of Annual Forecasts “So, instead of thinking in one year time horizons try to treat the financial markets for what they are – moderately long-term instruments where reasonable forecasts can only be relied upon over multi-year periods.”

Rad Reads: How To Overcome The Scarcity Mindset “They feel like they’re walking on egg shells at work and beat themselves up over the smallest mistakes. In their minds, the slightest screwup (like a botched Powerpoint presentation) could spiral out of control and derail their careers. And in waiting for this imaginary shoe to drop they’re unable to savor their accomplishments, take risks and be present.”

Pragmatic Capitalism: 3 Reasons to Hold Long Bonds as Short Rates Rise “As short rates rise the tendency for novice bond investors is to believe that the short end of the curve suddenly makes it irrational to hold any long-term bonds. While it’s true that the risk/reward of short-term bonds improves in this environment it doesn’t mean that long bonds serve no purpose in diversifying a portfolio”

Of Dollars And Data: My Favorite Investment Writing Of 2018

All About Your Benjamins: My Guest Appearance On Talk Your Book At Ritholtz Wealth Management 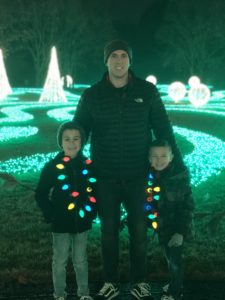 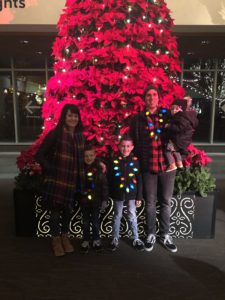