I recently met with a young couple to begin working on their financial plan; their situation was not uncommon for my WealthFusion™ clients: dual income, adequate emergency fund, retirement savings going and a 529 plan started. My initial recommendations were typical for young parents: additional life insurance and wills were first up, followed by some tweaks to their current retirement savings and some additional investing of extra savings. As I prepared for the implementation meeting I felt pretty good about the direction of their plan and the recommendations I had for them. But, as it often happens, between the planning and implementation meeting their “current” situation changed and a new opportunity was presented…in the time between our initial planning and the implementation meetings, the husband was offered a new job. This development was positive for their overall plan because it meant more income, better retirement benefits, a better opportunity for growth within the company and a company car.

The introduction of a company car presented a choice for this couple–an opportunity to right a past financial wrong, or to continue kicking a can down the road compounding of the impact of the past mistake.  A company car meant there would no longer be a need for the husband’s current car and the monthly payment that went along with it. So, not only would they see an increase in salary and bonus, but they would also receive a boost in discretionary income from the few hundred dollars a month that would no longer be going to a car payment and could be applied to their long-term savings plan. We were all in agreement with the decision to take the car payment and apply it to savings since they were already used to it going out of the budget–just now it would go to them. But there was one decision we weren’t initially on the same page with…the husband’s current car had negative equity due to rolling mileage overages of multiple leases into new cars.

It’s not uncommon for young professionals to start car ownership with a lease–it provides an opportunity to get a nicer car with a lower payment. No one goes into a lease with the intention of exceeding the mileage allotment, but a career in sales is not always the best scenario for a lease due to the amount of driving required to manage a territory. If you’ve never had a lease, for every mile over the mileage allowed in the lease, say 10,000 miles, there is a charge. These miles can add up quickly, but car dealers are generous in that they will allow you to roll the cost of the mileage overage into your next lease…just tack into the next lease payment and avoid the pain of writing a check. Do this a few times and it’s easy to end up with negative equity of $4,000 on a car loan once you decide to move from a lease to a traditional car loan. This was the situation we faced…what would we do about this $4,000 of negative equity?

The husband’s plan was to continue the vicious cycle and roll this equity into a new van for the family; the difference being this time they’d drive the van into the ground and the negative equity would be absorbed before needing a new car. While in theory this isn’t necessarily a bad idea, my experience as an advisor has shown me plans like this rarely play out the way we hope they would: a car accident, costly repairs, just getting tired of the car, or any number of things happen to lead to a new car purchase sooner than anticipated–before the negative equity trying to be avoided is absorbed. I had a solution, but I knew it was one they might not initially like.

Instead of delaying the inevitable and causing the negative equity to continue to compound creating a larger problem in the future, I suggested they take the $4,000 from savings and just pay it off. Be done with it. Own the previous mistake and learn from the experience, but just get rid of the negative equity hanging over their head. I could tell the husband cringed on the inside at the thought of writing a check for that amount, but I explained through their good habits they had enough in savings to absorb the payoff and still have enough for their emergency fund. Going forward they would still make their “car payment”, except it would be to themselves until they had repaid the $4,000. After that, we’d send the car payment to other needs in their plan.

This recommendation isn’t without some opportunity costs. If they moved forward with the husband’s plan, the $4,000 they didn’t use would remain in the bank earning some interest. However, the interest earned in the bank, even if they were using an online bank, which tends to pay more interest, would not be great enough to offset the interest being charged on the car loan. We could play the investment angle, but it wouldn’t be safe to assume investing the $4,000 would do better because the time horizon is too short–we’re talking less than a year until they would have paid themselves back. Who knows what the next 12 months hold for the stock market, it’s just too short to count on it for growth. The safe approach with the most known variables is to pay off the car, negative equity and all, begin saving the payment to repay themselves and move forward.

The point of this story is that we all make financial slip-ups…myself, included. My wife used to work for a homebuilder and we built our first home, a townhome, with her employer at the peak of the housing market.  What was believed to be a no-brainer purchase due to a company discount, rising home prices and a good location was far from it. We still own the townhome, rent it out and are working on paying it down so we can one day sell it and not have to write a fat check at closing. It’s been a frustrating experience and one I wish I could pretend didn’t happen, but it’s also been a tremendous learning experience.

When it comes to financial slip-ups it’s important to own them and develop a plan of attack. Ignoring them, or continuing to defer them may make you feel better in the short term, but it will only create a larger problem down the road. It’s ok if you’ve made a financial decision you wish you hadn’t. If you’re serious about improving your financial situation, the sooner you own those mistakes, the sooner you can work through them. There will be some pain along the way, but in the long run, you’ll be better for it–both financially and personally. 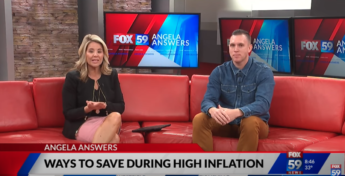 Dealing With Rising Costs On Fox 59 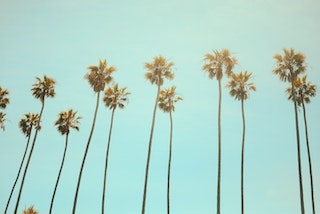 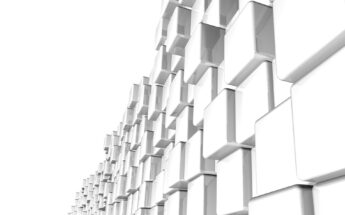 If You Haven’t Noticed…

3 thoughts on “Own Your Financial Mistakes”